Objective of this article

In this article we explain how to configure a WIFI interface on pfSense® 2.4.x

The hardware used for the tests consisted of 4GB 16GB RAM and 4 Sk 10/100/1000 network: Entry Level Firewall 4 NIC APU4 based 4GB RAM + WIFI but can easily be applied to higher level hardware like this one : AUTM5 Aluminum + WIFI Firewall Appliance

There are many tutorials on the Internet for wireless configuration of pfSense®, but most of them don’t seem to work and the rest is for previous versions of pfSense®.

If on pfsense you have a WIFI card and you want that, who connects to this wifi, is part of the LAN network (so it will take the DHCP of the LAN, will have a LAN address, etc.), it will be necessary to create a bridge between the LAN and WIFI as described in this guide.

Configure as below, then save

Click on “add” configure as below and save. The card: “ath0 (Atheros 9280)” will change based on the sk wifi you have installed

Select Interface->assignement, then from “avaible network ports” select the wifi port (i.e. ath0_wlan0 …) then add. The result will be similar to the figure below (instead of “wifi” you will probably have “OPT1”). Click on the interface just created (“OPT1”)

Configure the WIFI interface with your SSID, preshared key, etc. An example below:

From Interface->assignment, add the newly created “PPP” temporary port, selecting it from “Avaible network ports:” and then clicking on add. As in the figure

Now click on the newly created tab (in the OPT2 example)

Configure it, activate it and choose a name

From Interface->Assignement then from the TAB “Bridges”, create a new bridge as shown, then save

Final assignment of the NICs

The LAN interface will be assigned to the bridge just created.

These two operations must be carried out in strict sequence. Only when both assignments have been made, saved and applied. The result will be similar to the figure below.

In addition to the rules on the LAN interface, remember to create a rule on WIFI and LAN_PORT to allow traffic. See example on the LAN_PORT interface (create identical rule on WIFI)

The result will be the following 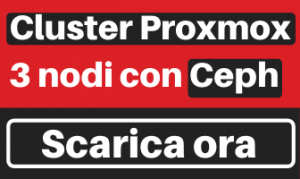